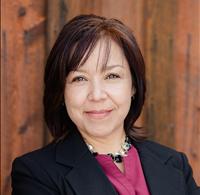 Rebekah Courvoisier received her Juris Doctorate from the University of Washington School of Law in 1996.  She also holds a Bachelor of Science degree in Criminal Justice and Criminology from Metropolitan State University of Denver from which she graduated with honors in 1993.

While at the University of Washington School of Law, Ms. Courvoisier was privileged to study property under the advisement of Professor William Stoebuck who, literally, wrote the book on real property law.  The early interest he inspired has translated into Ms. Courvoisier's continued scholarship and dedication to vigorous representation of clients in real property matters.